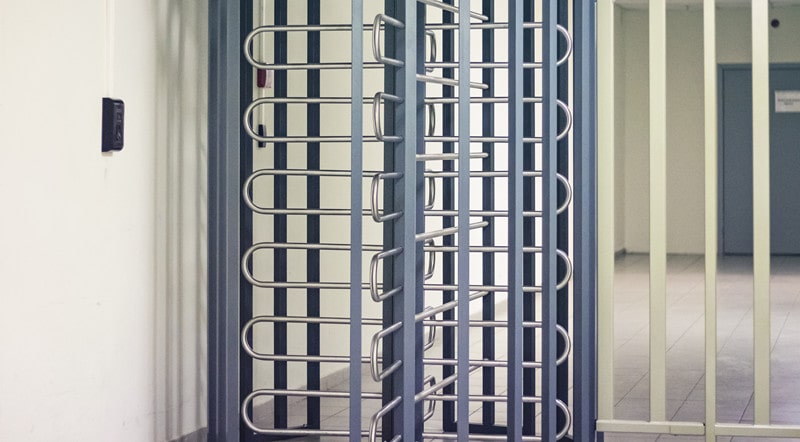 Automation is the future. That rings especially true when we talk about security systems and access control. Simply put, humans aren’t as vigilant and precise as computers. So, automating your security system is the only logical step that could save you time and money in the long run.

Full-height turnstiles are extremely effective high-level security barriers. You can place them at any entry point and rest assured that only authorized people will get in. But essentially, a full-height turnstile is only a metal gate with revolving arms. In other words, it’s not smart enough to determine on its own who is allowed to pass and who is not.

Access control devices are small computers that you can install on full-height turnstiles. Their main purpose is to verify authorized people and allow access.

First, you have to tell your access control device which people have access. That means there has to be some kind of database of authorized people. Then, you have to give those people credentials which they will use to prove their identity.

Most often, credentials are physical objects that people have to show at the gate. For example, an ID card or a ticket with a barcode could be a credential. However, they don’t have to be physical objects. Some access control devices can recognize faces or fingerprints. In that case, you would have to have a database of faces and fingerprints instead of IDs.

Deciding if you should use IDs or facial features as credentials will depend on the level of security you need. When looking at the problem from that point of view, ID cards are less safe than fingerprints, for example. That’s because an unauthorized person could use somebody else’s ID card to gain entry. On the other hand, it’s practically impossible to fake a face or a fingerprint.

The most popular and affordable access control device is the RFID card reader. All you would have to do is give authorized people an RFID card that they will scan before entry. If the card is authorized, the gate will let the person in.

However, keep in mind that with RFID cards you are not authorizing a person but the card itself. If the authorized person loses their card, someone else could use it to gain entry. In that case, you would have to act quickly and deactivate the lost RFID card.

Full-height turnstiles with fingerprint scanners are becoming more popular. That’s because they are more secure than RFID scanners, for example. It’s nearly impossible to lose a fingerprint or duplicate it. So, you can be sure only people with the approved fingerprints will have access.

Face scanners are probably the most secure type of access control devices. Facial recognition software detects faces and matches the features with templates in a database.